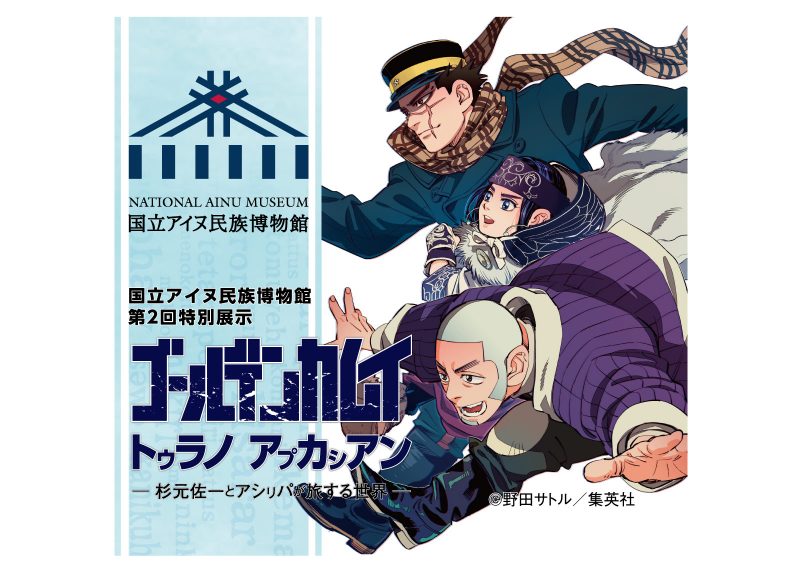 With a focus on the original content of the bestselling manga GOLDEN KAMUY (by Satoru Noda), which has been serialized in Weekly Young Jump (Shueisha) since 2014, this exhibition explores traditional Ainu cuisine, the relationship between Ainu, animals, and plants, life in the Kotan (villages), and much more alongside the actual manga artwork and authentic folk items. The exhibition will introduce you not only to Ainu culture, but also to the other indigenous peoples who lived alongside the Ainu and appear in the manga: the Nivkh people who live in North Sakhalin, coastal areas, and the Amur river basin, and the Tungistic Uilta people. The exhibition showcases the collection of Hokkaido gold, the Ainu and the Russo-Japanese War, the culture of towns such as Otaru at the time of the manga’s setting, and the historical background behind GOLDEN KAMUY.

Set in Hokkaido and Sakhalin at the beginning of the 20th Century, and focusing on the relationship between Ainu and Wajin (ethnic Japanese), experience the culture of the indigenous Ainu people.